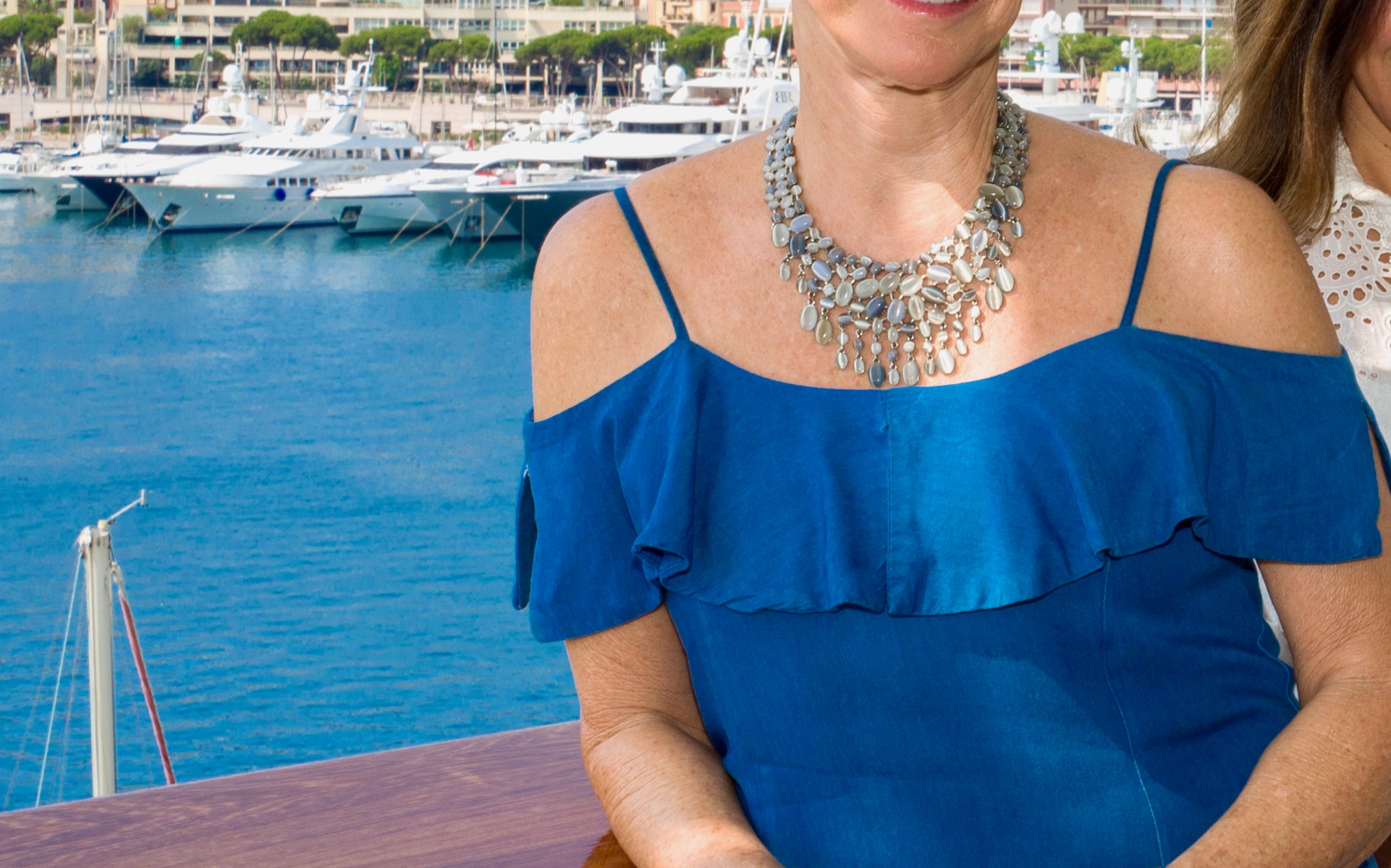 Our friend Kate Powers has died.

Outside of my immediate family, few deaths have impacted me like the news about Kate on Monday. It was not unexpected yet, still, my knees buckled and time seemed to stop, as if the world was trying to readjust to losing one of its biggest beating hearts.

As expats, few people can share your grief when a person in your native country dies. Friends here can empathise with loss, but it is rare they knew the person or can share stories to help you keep their memory alive. With Kate, we are all mourning and instead of being sad alone, we can be sad together.

Kate made each of us in the community feel like we mattered in this world. We felt special because the core of her being was special, this was her superpower. There is a shared sentiment in the role Kate played: “Kate was the first person I met in Monaco.” “Kate treated everyone the same way, no matter who we are.” “Kate had known my kids since they were babies and always asked how they were doing.” “Une bonne personne, toujours au service et un petit mot pour ses clients.” “Kate introduced me to other people when I didn’t know anyone.”

For me, I had lived in the region for many years before I met “the” Kate Powers. I had heard so much about this American who owned a Tex-Mex restaurant in the port and was not only a childhood friend of the Prince but her mom was close to Grace Kelly. Slightly intimidating? What I remember in meeting her for the first time, and this has always stuck with me, is that Kate was the opposite of what I expected from the jet-set bling-bling crowd of Monaco – instead of resting on her laurels, she was a down to earth, open and a warm human being who instinctively knew when to hug at the right time. Like all of us, she had her insecurities although she was unaware of her beauty. “How can I help?” the tireless champion of kindness would always offer.

Of course pre-restaurant days, there was Kate’s made-for-the-movies life, one that she had hoped to share in writing or a series of video chats. Sitting with her and Annette Anderson one day talking about how to get all Kate’s stories out there, I remember my mouth dropping when she gave me a teaser: “Roman Polanski had called to ask me on a date and my mom grabbed the phone and told him to ‘F-off’ before hanging up. We were living in Switzerland at the time and I snuck out to the party where he was with Jack Nicholson. They were drinking too much so I left but as it was snowing outside and someone had left their keys in a car, I decided to drive home. I hit a snow bank so I had to abandon the car and walk the rest of the way.”

On Monday night, as the tears rolled down my cheeks and dampened my pillows as I tried to fall asleep, I realized that while I wish Kate had stuck around much, much longer than her 68 years, she accomplished in life what we all hope for when we leave this earth: she made a difference. She did not wait until her diagnosis to live the life she wanted. She did not have to learn about spiritual awareness or quickly check off a Bucket List. No, Kate Powers had been evolving every day of her life, and gently nudging us along her path of change for the better.

She did not need to change. The Monegasque could have easily sat back over the years and let Stars’n’Bars, the restaurant she co-founded with Didier Rubiolo nearly 30 years ago, ride on the coattails of the Prince Albert connection. Instead, she rolled up her sleeves to transform the family-friendly eatery as a leading example of what she called “ecolution” in the Principality. It was the first restaurant to have its own urban vegetable garden, and to stop the use of plastic straws and non-biodegradable throwaway coffee cups.

When Covid hit last year, Kate told me, “Lockdown helped us wake up to necessary ecological changes that were more important than economical ones. We need to keep taking steps forward and raise awareness about wellness, whether its ours or the planet’s.” Stars’n’Bars replaced serving industrial sodas (Coca-Cola and Sprite) with only Fizz Bio organic colas made in Bordeaux, which some customers did not appreciate and would even walk out. “I try to explain that we are focusing on sourcing locally. When I tell people not to expect the taste of Coke with our organic soda, at first they are unsure but now they love it.”

That was the Kate effect. She had her way of doing things but she opened the floor for dialogue to educate; and she listened to learn.

The first time I spoke to Kate after learning she had cancer, about six months ago, she was, typically, positive. Much of my connection with Kate was over our shared appreciation of nature and often I would send her a message describing some random observation, a text that I could never send to anyone else (including my husband) because they would think I was crazy. She got it.

Here is what I mean. The day after I learned of her illness, I went for a long swim along Cap Roquebrune, specifically with the intent of putting healing energy into the sea for her. This is my form of meditation. I focused on Kate for the entire 5 kilometres and when I returned to shore, I discovered my safety buoy was no longer attached. That had never happened in my seven years of open water swimming. From my apartment, I could see the orange buoy out there floating on the open sea. I texted Kate to tell her the story and said “Whenever you come across anything orange, know that the universe is your safety buoy.”

Kate replied: “I was biking earlier, talking to the trees and asking for their assistance. I looked up to see orange. Orange is Didier’s favourite colour and he is wearing an orange shirt now! The universe is definitely on my side.”

Half a year later, out on my run yesterday morning, the sunrise across the sea, with the clouds, captivated me and I thought “I’ll share that with Kate.” I stopped in my tracks for a moment before telling myself, I can still share these moments with her, just not in the physical world.

I will honour Kate by trying to follow some of her examples – to continue to raise awareness about our planet’s health, to be kinder and more helpful to each other and, as Kate was no fan of the news and its negativity, share good and positive stories with others. Really, to be the best version of myself possible.

Our friend Kate Powers came into this world with wings; she did not have to earn them, only spread them to get back home. And, knowing Kate like we all do, she will certainly raise the bar for all the other angels.